Your Cart is empty.
Product is not available in this quantity.
Loading...

We had the pleasure of a virtual hangout with Shaun Wellens this week. Shaun joined the Render Weekly community back in July of 2018 with a sexy power bank submission that got a lot of attention (see Week 17).  As the Creative Director of The Anvil Studio, you may have seen his work on Instagram or Behance, aliasing between personal projects and work for clients. In the last year his work has become pretty recognizable - conceptually blurring the lines between the real and the unreal, and industrial design and concept art. And of course, for making a product look damn sexy. Just the right ingredients to get our attention and into some detailed conversation. So, let's get to it.

RW: Shaun, what led you to study Industrial Design?

Shaun: When I was like 12 or 13 I started watching a lot of Top Gear and learning about cars. I have a really bad habit of not being able to watch anything without wanting to be able to do it so, when I started watching Top Gear I decided that I wanted to become a car designer. That lasted until I was around 17. At that point I became obsessed with Apple products and decided I wanted to do product design. Luckily, when it came time to go to university the two fields of study went hand-in-hand in regards to subject matter. So I started applying to some of the bigger universities in the UK and was fortunate enough to get into Loughborough. So, I did two years of study at Loughborough and spent some of my placement year (3rd year) at Wonder Vision, a CGI Studio.

Shaun: I learned a lot. It introduced me to 3DS Max and Vray. Beforehand I had no prior experience other than the cad package we were using at university and Keyshot. My title was Junior Architectural Visualizer. I look back on the work in my portfolio that got me the job and it was crap, but I’m grateful to Wonder Vision for the opportunity and it was cool to be working and getting familiar with poly modeling and subdivision modeling. After that year I went back to Loughborough to finish my course and then actually got a job at VAX before I graduated. It’s like a sister company of Hoover and Dirt Devil.

RW: What did you do at VAX?

Shaun: At VAX I worked on a lot of home care products like vacuum cleaners, air purifiers and that sort of thing. We worked closely with the design engineering team and helped them with material choices and things but mostly just visualization.

RW: So when/how did The Anvil studio start?

Shaun: I had been at VAX for two years and during those two years I was working 9am to 5pm and then going home and doing personal work from 5pm to midnight. My day job was funding my personal projects. Eventually, I wasn’t passionate about the day work; everything felt pretty repetitive and the company hadn’t necessarily been heading in a direction I agreed with, so I left. That was the point that I started The Anvil Studio.

RW: Was it hard to start your own studio?

Shaun: I don’t think it’s been as difficult as I first thought it would be, but it’s early days and I’m sure I’ll hit a bump in the road at some point. If you've been to University it's less stressful than the university courses. We (Anvil) are getting to a point where we can turn clients down because we're too busy. Unfortunately, there is a lot of work that I can't show and even clients I can't name, so most of the stuff you’ll see are in-house projects - but that’ll soon change. The plan is to maybe bring a few more people on board to The Anvil, and then some interns from Loughborough, but we’ll see how it all plays out.

RW: How useful are in-house projects for a Studio?

Shaun: In-house projects give us the opportunity to research and stay up-to-date with tools, tips, tricks, and techniques between client work. Plus, some of the client work we get comes through our social media page, so it’s important that we remain active. We are always working on something new and presenting it online. We’ve learned over time that if your work is good then it will sell itself.

RW: Can you tell us about how the Anvil Studio fits in with your personal design philosophy?

Shaun: Here's how I treat it in my head. Consider yourself as a brand - you’re selling your services. Whether that be in the form of freelance, or trying to secure a permanent role. One of my brands would be The Anvil Studio, and the other being myself.

The Anvil studio is purely a CGI and visualization studio where I'm happy to take designs from existing clients and create really nice images for them. Then there's myself as a Concept Designer, where the idea of rendering is just a tool to convey design. Rendering becomes a tool in the process just like sketching or CAD and you no longer treat rendering as the be-all end-all of design but at The Anvil Studio I suppose that is the point.

RW: Is there a space where rendering is the last phase of design? Is it still design if it doesn't actually exist?

Shaun: I believe it’s Concept Design. For example the power bank I did for Render Weekly is a concept design. It looks like it could be manufactured. The design makes sense but it's really just solid blocks of geometry and a heavy dose of Keyshot. My latest project, the plasma gun, is purely a concept. I didn't care if it worked, or if it was manufacturable. I just wanted it to look like what it seems it should do. On the other hand, the lamp that I did recently is a mixture of both concept and industrial design. The intent of it being designed in a manufacturable way and even though it doesn't exist I could manufacture it if I wanted to. I guess my point is rendering is just a tool in the process to convey the design.

RW: How would you classify yourself then?

Shaun: I used to consider myself a 3D artist but that isn't the truth anymore. I would consider myself to be a Concept Designer where rendering is just the tool in that process. The actual world of industrial design, whether you work for a company or a consultancy can be fun but in the grand scheme of things, it’s grounded by reality. Other than being a designer working in the film or games industry what are the chances that you are ever going to get to work on a robot and a spaceship in your professional career? It’s just never going to happen unless you’re Vitaly Bulgarov. Take a look at Dan Simon - he’s one of the best designers in the world, and does an inspiring job of blending the two worlds of Industrial Design and Concept Design together.

RW: You recently posted work you produced using Tim Zarki’s online lecture. Can you tell us a little bit about that experience?

Shaun:  I wish I had that course when I started University because it's the most comprehensive Industrial Design lecture I've ever taken. I've been taught by some really great lecturers but I really really wish I had Tim Zarki’s course at the beginning because it gives you a really solid understanding of the fundamentals which, no matter at what stage of your career, is always good to have.

RW: To be an industrial designer today there is a massive barrier to get over when it comes to understanding your tools. Any advice for those who are learning for the first time?

Shaun: You need to get yourself to a point where you are proficient enough in the software to use it almost subconsciously to convey the design. At no point, with exception of the beginning, should you be working for the tools. The tools should be working for you. As you learn and acquire the necessary skills that’s when design starts to happen. For me, I know my sketching capabilities aren’t the best - they do the job but they’re not presentable. I slowly began to realize that if sketching is a tool used to ideate, then there’s no reason why I shouldn’t ideate in 3D.

The most important thing I have to share is that whatever gets you there gets you there. Having said that, I have a lot of respect for the old masters and the more traditional ways of designing. The designers that were around before the digital age performed miracles with the tools they had.

RW: When can we expect your course to be out?

Shaun:  The truth is I don't know.  The Anvil has been so busy. It’s coming, but I would much rather release a better course late, than a mediocre course on time.

RW: Is there anything else that you would like to express to the Render Weekly community?

Shaun: Hopefully I said everything that I'd like to have said but, I’ll just say, master the tools so you can focus on design. If rendering is your passion then really just push yourself. We’re living in the golden age of learning and so, be smart about the way you teach yourself and use the resources available to you. 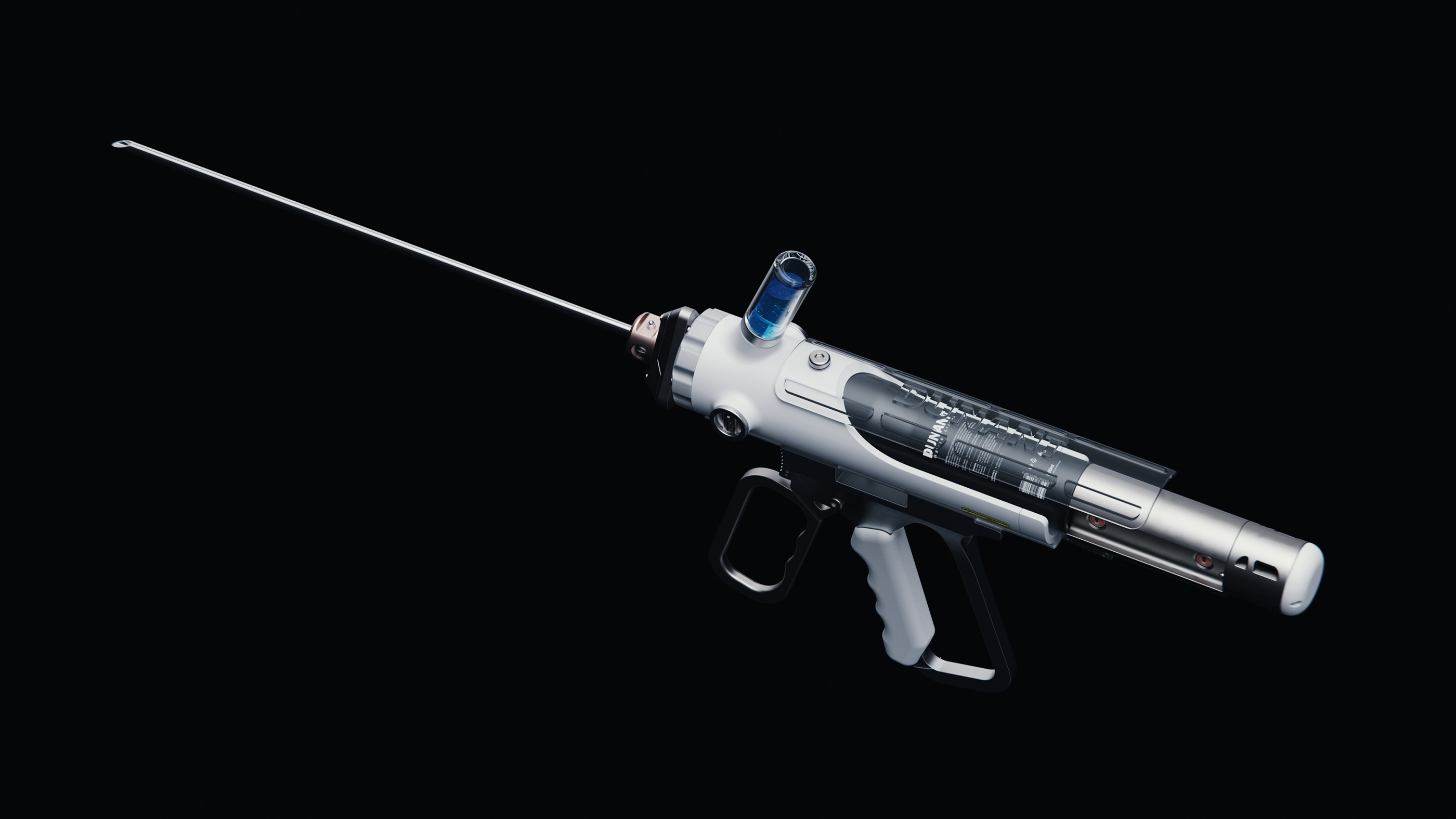 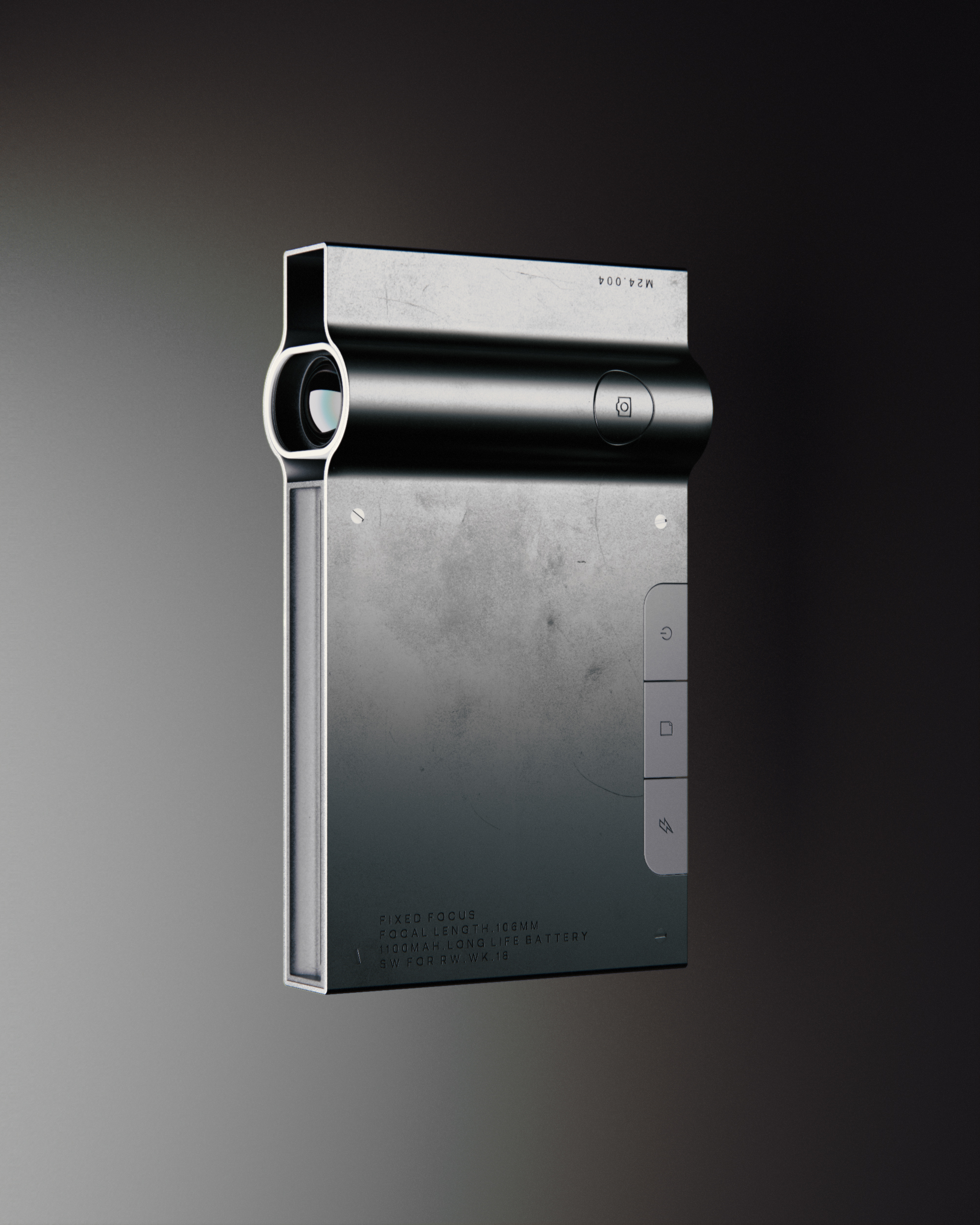 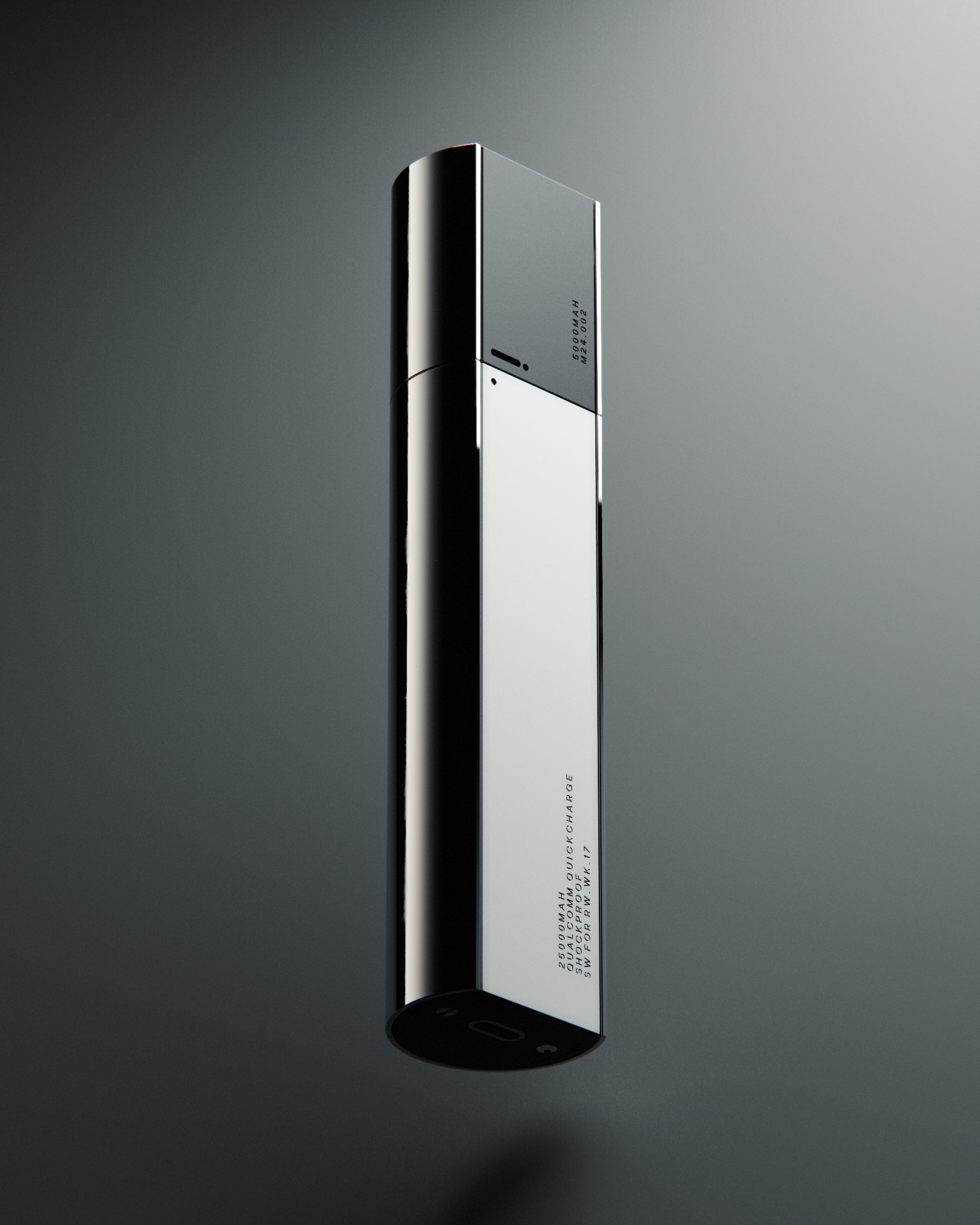 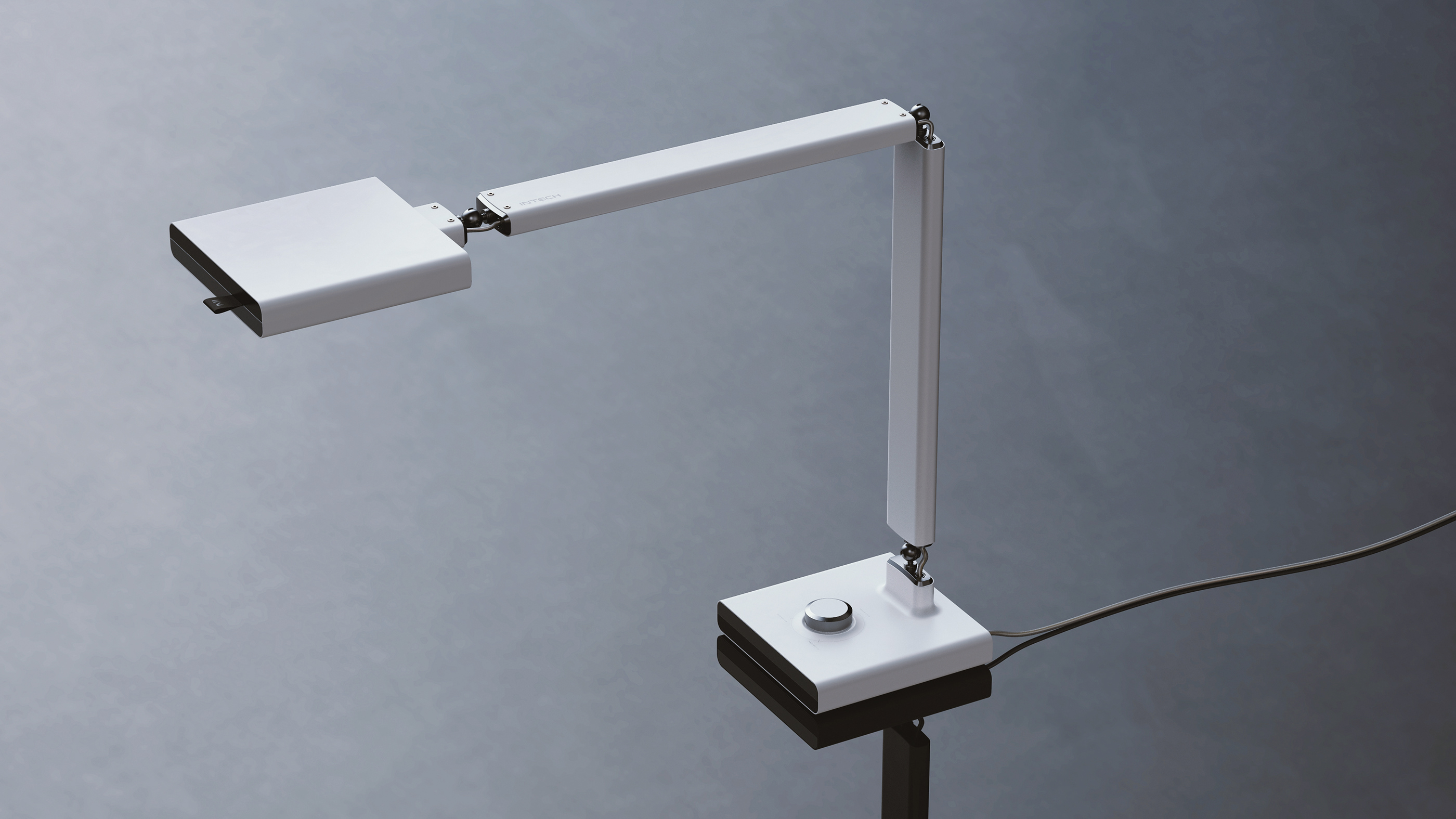 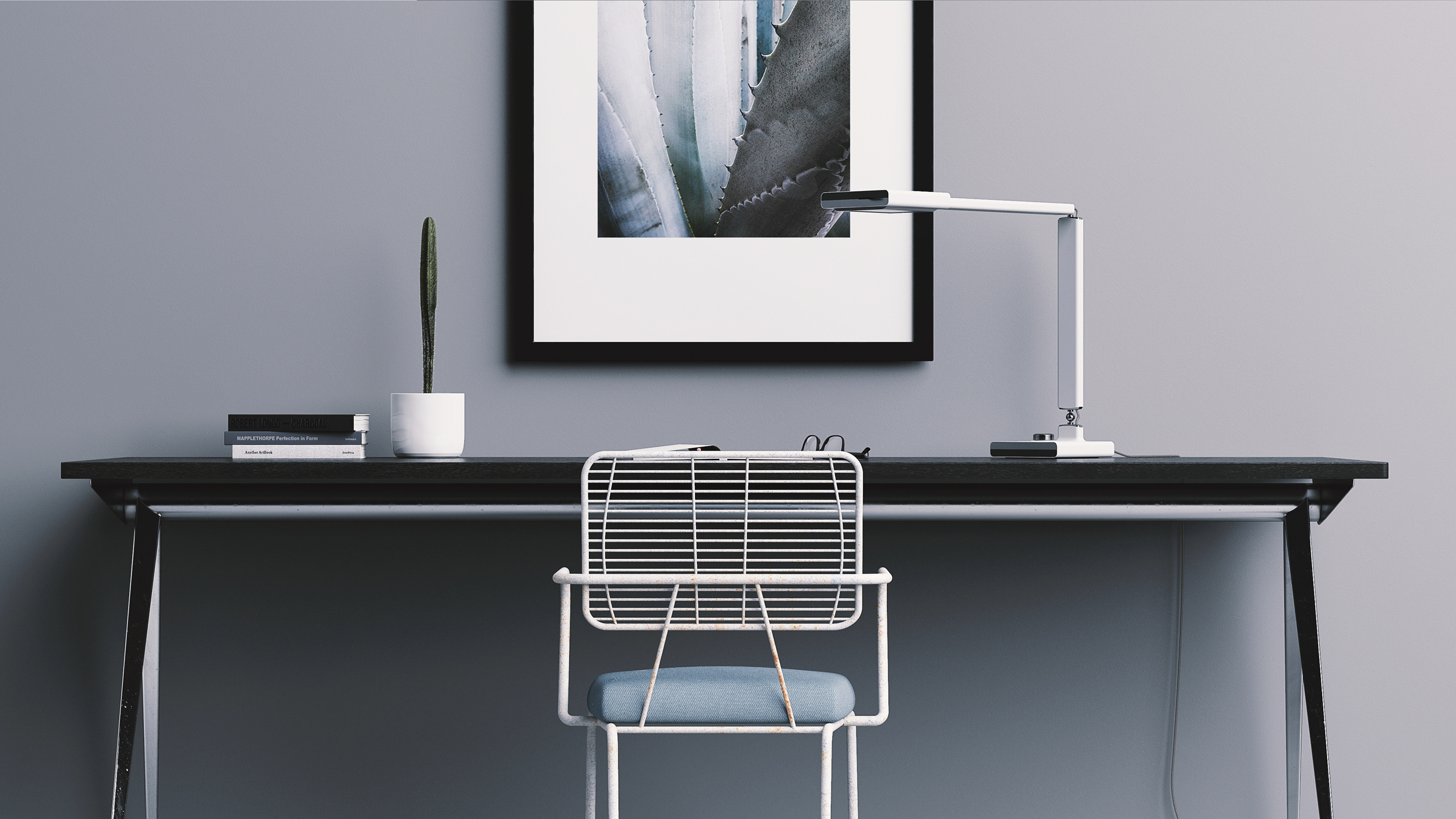